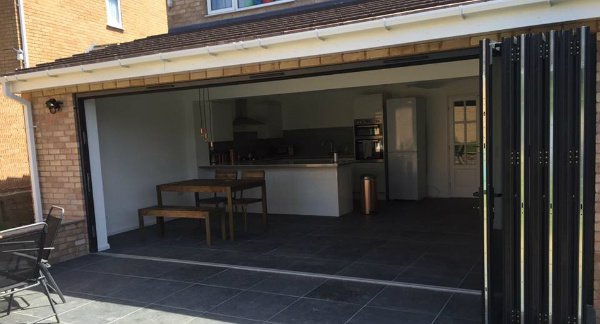 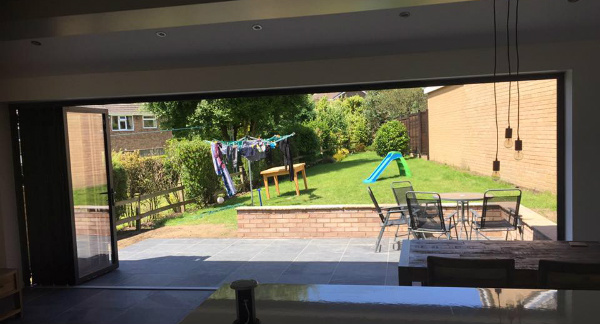 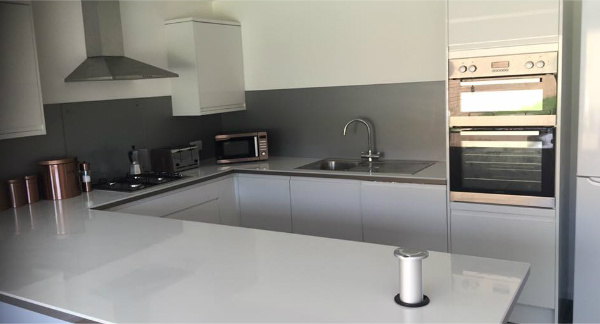 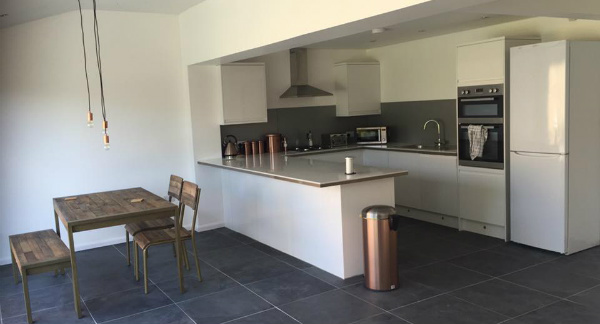 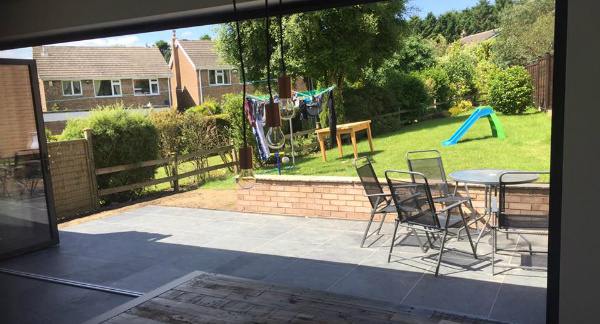 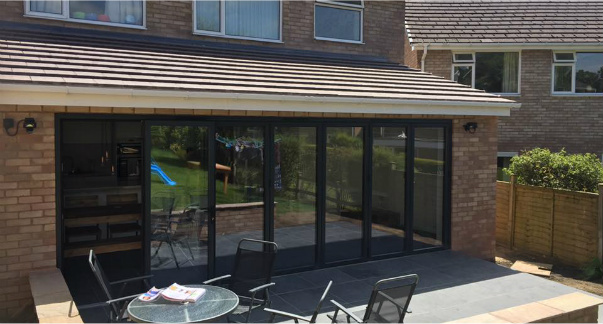 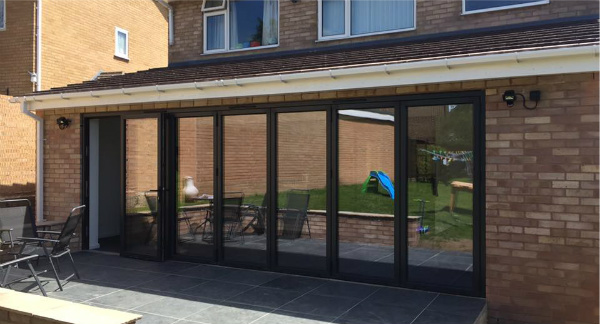 This was an Architectural commission which we undertook at the start of 2016, for a young family who had recently moved into this detached house in Baildon, near Bradford. The house had been constructed in the 1970s and was a little tired, and with a disjointed layout. Our brief was to create a more family orientated home, with large open-plan living areas and a connection with the rear garden. The ground floor accommodation was opened up by removing masonry walls and a new, much larger kitchen was added, along with an extension spanning the entire width of the back of the house. A large bi-folding door arrangement was included which meant that the whole house could be opened up to the garden at the back; ideal for when kids are playing, or for gatherings such as barbeques.

Architecturally, the style of the extension was quite contemporary, but simple, meaning that it sat well against the aesthetic of the existing house. The internal finishes were crisp and minimal, which again contributed to the contemporary architectural aesthetic.

The works were expertly carried out by C.I. Construction Ltd, of Baildon, much to the delight of our client.