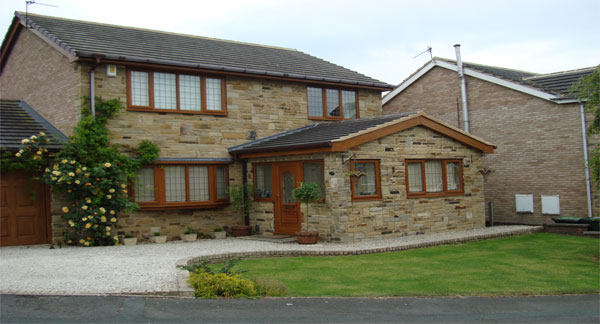 Our brief for this project was to provide the client with architectural services in order to help create an attractive, stone-built, single-storey extension which would be sympathetic to the original dwelling. We obtained planning permission via Bradford Council for the main extension, which also allowed for the provision of new windows and doors to the existing dwelling which would match the extension. This was decided upon in order that the two elements, old and new, would compliment one another.